Why Do Weddings Make People Act Weird? We Explain

published Wednesday 30 May 2018 by Rachel Green in Advice, Planning & Advice Are you, at this very moment, looking at someone you’ve known all your life, and thinking ‘why do you act weird all of a sudden? What’s going on?’ This topic is for you.

Reason they act weird: they think in an old-fashioned way

Undoubtedly, some things in life bring great comfort because they never change. Like Christmas, for instance. Most people have traditions and routines, and Christmas comes at exactly the same time every year too. Weddings are like this too. For decades, nothing changed, not even schedules! For some people, it’s really difficult to imagine a wedding where the bride isn’t wearing white, or nobody is making a speech. It makes the whole thing feel strangely… incomplete. So if someone acts weird, says impolite things, or even argues when you tell them you are doing things your own way, just shrug it off. Times change and that makes life exciting. There ain’t nothing you can do about other people’s attachment to traditions, so just stick to the plan.

Reason they act weird: they get emotional

It seems this happens in proportion to the number of kids in the family. If some siblings got married before you, the ‘rents are probably pretty chilled about this wedding thing by now. But if you’re an only child? Goodness, that’s a whole other bowl of rum punch. Our little girl is getting married! Everything feels very intense, because it will only ever happen once. It has to be perfect, sparkling, unforgettable and preferably large (the Australian uncle you never met and his family of six are all invited). Even the smallest decisions feel epic. You never thought one person (your mam?) could go through so many tissues. She practically lives in the tissue aisle of Boots now.

Someone has to keep their chill here, and that should be you and your other half. There is just one simple question to ask anyone who is overreacting: would we be having an emotional meltdown if there was no wedding happening? There’s a 99% chance the answer is no. Let people have their emotional moments, and do your thing anyway.

There isn’t a better recent example of this than the wedding of Prince Harry and Meghan Markle. There was a whole brouhaha over not inviting her half sister and brother, after a considerable amount of drama. And yet, so many commentators just said ‘invite them anyway! They are still family, they should be at the wedding.’

Is this possibly happening to you as well? There are people you really don’t want to invite, but everyone else is shouting over you, telling you to invite them anyway? Nope, nope, nope. A wedding isn’t there to fix family problems. If anyone wants them fixed, they should start making an effort NOW. A wedding invitation doesn’t fix anything. Also, why would the couple want the extra stress, knowing a heated discussion could break out at any stage? Why put up with that on your wedding day? Just don’t. Reconcile, by all means, but don’t do it on the same day as your wedding. You have enough going on there already. 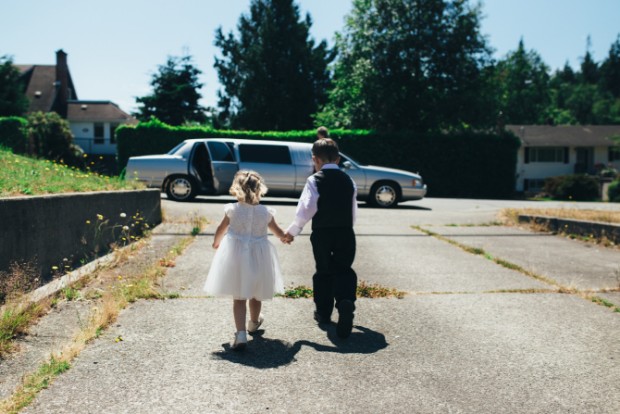 Reason they act weird: they can’t leave their kids behind

Now, let’s begin by saying, there’s nothing wrong with having kids or not having kids at the wedding. Every couple’s preference is acceptable. Sometimes, reasons of economy and venue come into play (for example, the reception is a far drive from the ceremony).

But, we have heard many, many, MANY stories about couples who announce an adults-only wedding. The bride’s brother (for example) says, ‘surely you don’t mind if I bring my baby and my 2 year old?’ The bride says, ‘no, it’s an adult wedding, no kids.’ The brother says, ‘fine, then we are not coming! I guess you don’t want your own family at the wedding!’ BOOM CRASH.

If you are (by any chance) the brother reading this, then we have to say that the bride is right. It’s putting her in a difficult situation, with a bit of emotional blackmail thrown in. Just don’t. It’s her day, and she has the right to have or not have anyone she wants. Think of all the guests who will leave their kids at home, then arrive at the wedding and see that she made an exception for you. That’s deeply embarrassing for her. And on top of that, 10 years down the line, she will be remembering how she was surrounded by love on her wedding day, while you will only be remembering that you weren’t there to see it. There are many ways to fix this, so seek a compromise rather than an ultimatum.

Reason they act weird: they give you money

Ah, this scenario… you think it won’t happen to you, and then it does! It goes like this: the parents (usually) give a monetary gift to the couple, saying ‘consider this an early wedding gift, spend it however you like’. You should only believe the first part, not the second. The gift givers will always want to know what you did with the money. It’s not any different from any other gift, if you think about it. You give someone a book, you’ll ask them eventually whether they read and enjoyed it. A shopping voucher, new lipstick, theatre tickets… all same. Money is no different.

If your parents are funding the wedding, there’s a chance they may want a say in certain things so weigh this up in advance.

Weddings are happy occasions but it’s not unheard of that certain pals may feel a little bit put out when you announce your engagement, it could be that they feel like they’re losing their friend or wish they were in your shoes. This is a difficult emotion to cope with by all parties involved, but luckily it’s one of the easiest to understand. We all had this feeling at some point or another in our lives.

Whatever trouble the jealous person is throwing at you, there are two ways to proceed: talk about it, or rise above it (as in, ignore with dignity). Depending on your personality, you’ll find one of these two easier. But as soon as you see any signs and you think jealousy might be to blame, nip it in the bud. There’s no need for uncomfortable things to cloud your wedding day. 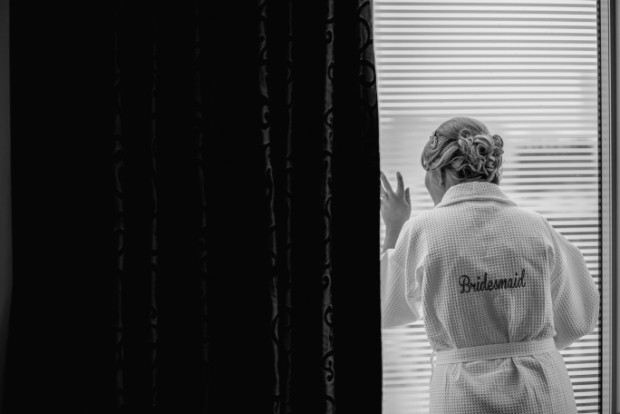 A Magnificent Inspiration Shoot at the Legendary Slane Castle

Prepare to be blown away by this incredible wedding shoot by a host of talented Irish wedding suppliers! Read More...