Emily is an experienced Wedding singer and Violinist. She has also toured extensively with several Irish shows in the USA, Canada and Europe as well as singing with Princess cruises.

Emily studied Classical Violin Performance and Voice at Maynooth University, graduating in 2014 with first class honours. She has performed in many European cities including Florence Italy where she studied Opera and Violin performance at the Conservatoire of Music in 2014. Moving to Vienna Austria in 2015, she continued her music studies at the prestigious Conservatoire of Music Vienna.

Returning to Ireland in Summer 2015, Emily performed as a solo singer and violinist, appearing in ‘The Celtic Arch’ Celbridge Manor, ‘Celtic Angels’ German tour Nov.’15 and Celtic Nights ‘Spirit of Freedom’ U.S.A and Canada tour, Spring 2016 which reached over 34 states across the USA.

Since then, she has performed as solo female singer with the Irish Cabaret ‘Taylors’ Three Rock’, Summer 2016 and lead singer and fiddle player with the band ‘The Flyin’ Marys’ in Raglan Road, Walt Disney World, Orlando, Florida, August ’16/February ’17.

In 2018 she completed an American tour with ‘Celtic Nights Oceans of Hope’ and as a singer and violinist with Princess Cruises across South-East Asia and Alaska.

Recently Emily re-joined the Celtic Nights team once again for their 2019 U.S.A and Canada tour ‘Oceans of Hope’.

It’s your special day! You should pick music that is personal and means something to you and your partner. Any song or musical piece that is special to you, I am more than happy to perform. With rich vocal tones and violin playing I will enhance your special day with memories that will be forever etched in your minds.

5.0/5
1 review
Brian McArdle & Caroline O'Regan
The music played was beautiful and all of the guests really enjoyed it.They really added something special to the occasion and the ceremony.
Show more reviews 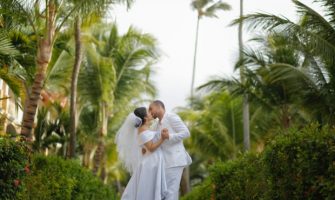 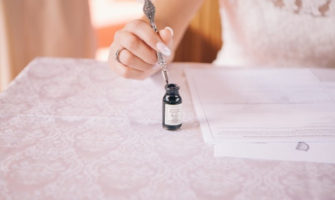